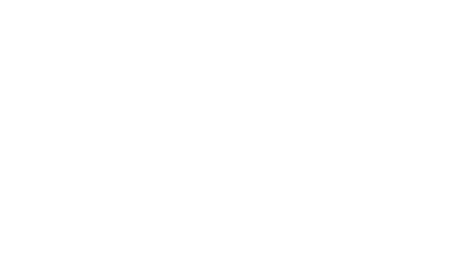 What is NFT -Non-fungible token 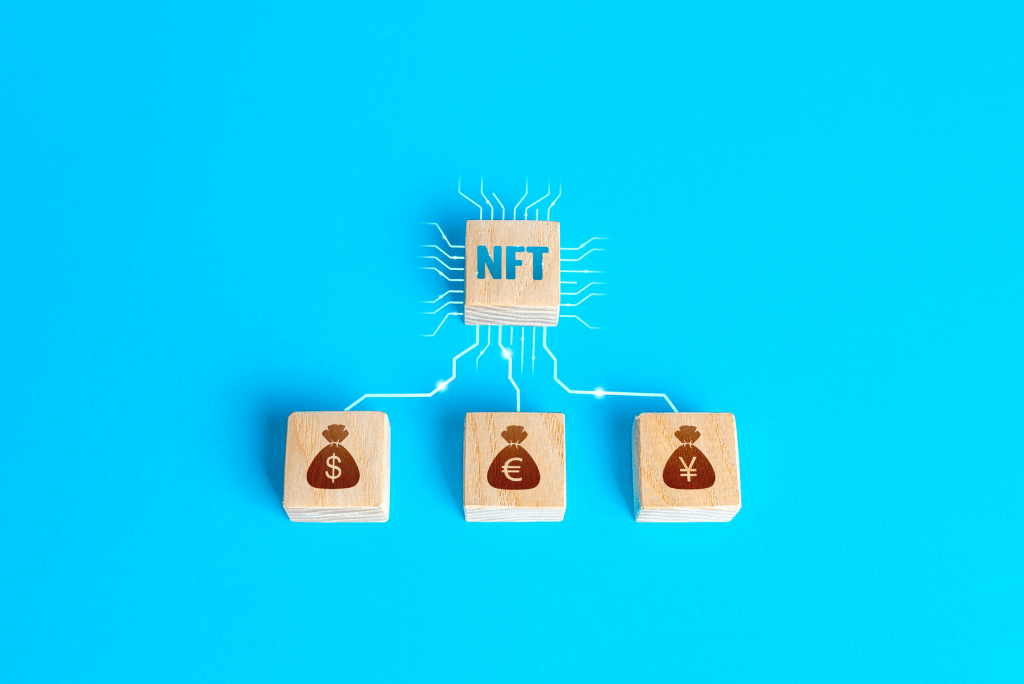 If you have decided to read this article, you have probably heard of cryptocurrencies and trading. You’ve started hearing more and more about NFT, but you don’t know what it is, and you want to know more. Or you may know what it is, but you want to understand the most important things. You will learn all you need to know about NFT in this blog post.

After reading the basics, you will understand why they are so popular. NFT is not the standard cryptocurrency. That is why it is so popular, and people love it. 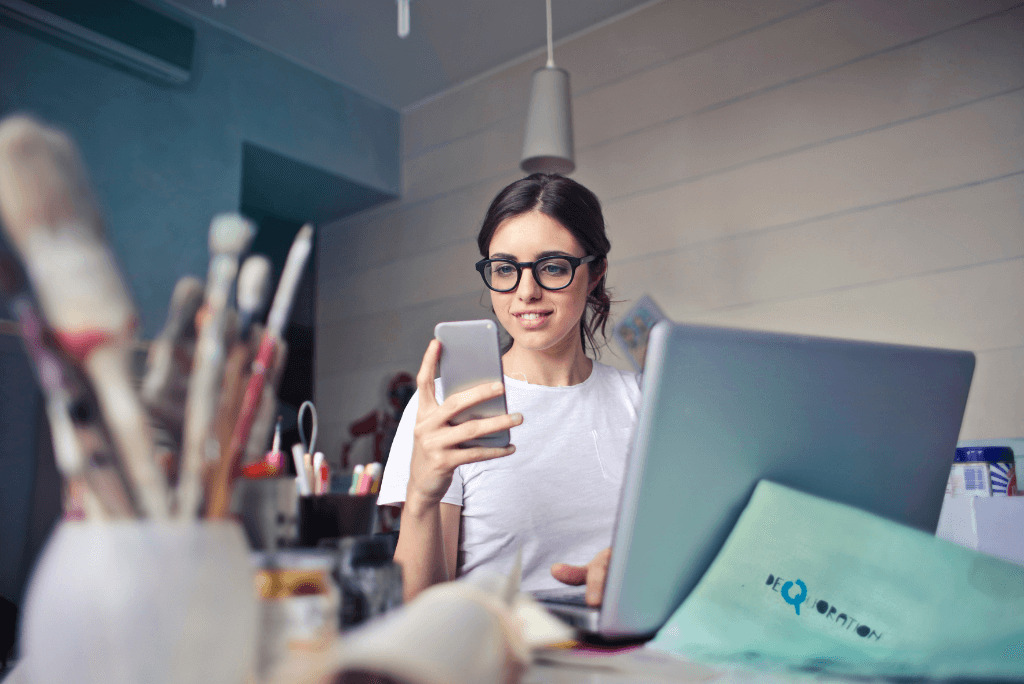 NFT means non-fungible token, and non-fungible means it’s unique – you cannot replace it. A non-fungible token (NFT) is an irreplaceable unit of data stored in a blockchain, a form of digital register. NFT data types can be associated with digital files such as photos, videos, and audio. Because each token is uniquely identified, NFTs differ from blockchain cryptocurrencies, such as bitcoin. In addition, bitcoin is interchangeable, as you can trade your bitcoin for another bitcoin. Eventually, you will get bitcoin in both cases. NFTs are more like collectible cards (Pokemon, Yu Gi Oh, celebrity cards, etc.) – one-of-a-kind trading tokens that, if you trade for each other, you will receive a token different from the one you gave.

NFT can be anything – jpg images, music, digital art.

NFTs are created when blockchains string records of cryptographic hash, a set of characters identifying a set of data, onto previous records, therefore, creating a chain of identifiable data blocks.

Ownership of NFT does not grant copyright. Although someone may sell NFT representing his work, the buyer will not necessarily receive copyright privileges when the owner of the NFT is changed, and the original owner is allowed to create more NFT on the same work. In this sense, NFT is simply proof of ownership separate from copyright.

NFTs are part of the Ethereum blockchain. Ethereum is a cryptocurrency, but its blockchain also supports these NFTs. Other Blockchains can also deploy their NFT versions, so Ethereum isn’t the only one.

The main impact of NFTs is making it easy to own and sell digital content. Before, digital artists could build up following online or work for a company that needs graphics. The other option was to print your paintings and sell them that way or work as a freelancer. However, many users do not understand why they pay for digital pictures, as they can take a screenshot for free or save them with two clicks.

Although the technology behind NFT facilitates the marketing and sale of images online, the NFT community should take advantage of the market access opportunity for these digital assets. As technical digital art that has been converted in NFTs can still be saved or screenshots for free.

The first known “NFT” is Quantum. It was created by Kevin McCoy and Anil Dash in May 2014, consisting of a video. McCoy registered the videotape on the Namecoin blockchain and sold it to Dash for $ 4 during a live presentation for the Seven on Seven conference at the New Museum in New York.

The online game CryptoKitties from 2017 was monetized by selling NFT cats that can be traded. Its success has attracted some public attention to NFT. 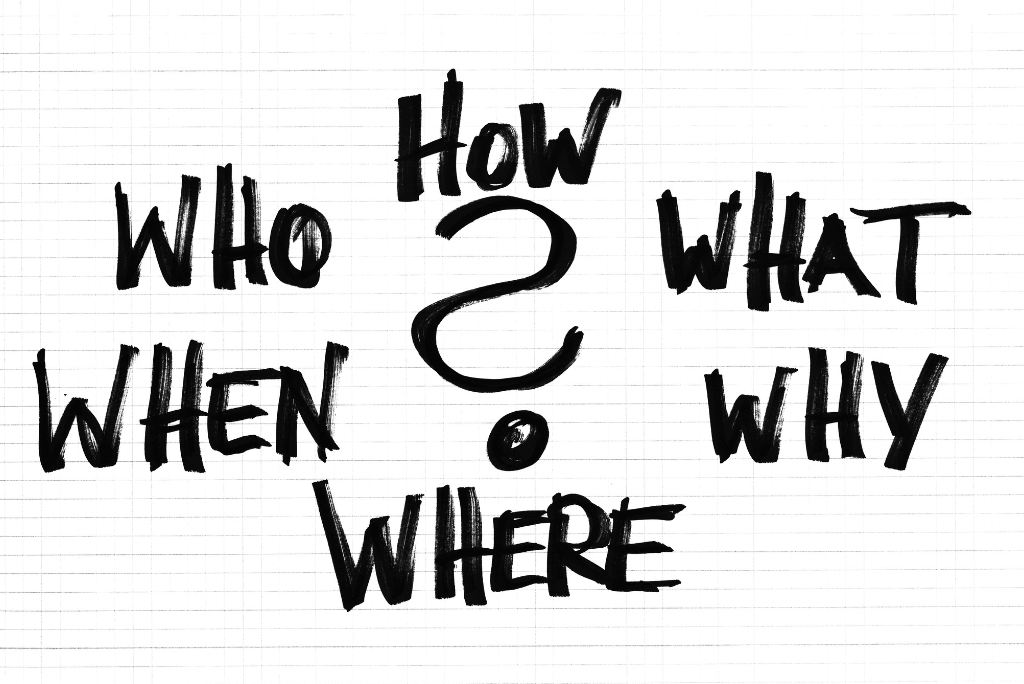 What is the point of NFT?

You may be interested in NFT because it gives you a way to sell your work for which there would not otherwise be a large market. If you come up with a good idea for a digital sticker or painting, you won’t have a place to sell it. You can upload it somewhere, but you won’t make any money from it. If this is what you want to do and make money from it, NFT provides you with a chance.

In addition, NFTs have a feature that you can activate that will pay you a percentage each time it is sold or changed ownership, making sure that if your work becomes super popular, you will see some of that benefit.

If you are not an artist and you are buying NFT, one of the obvious benefits of buying art is that it allows you to financially support artists you like. It’s like buying a painting from an artist or music from a musician. Buying NFT usually gives you some rights to use, such as the ability to publish the image online or set it as a profile photo of your social media account, which is very trendy at the moment. Many celebrities or even famous pages or companies have changed their profile pictures on social media with NFT, which they bought. You can also brag about your purchase and be like celebrities.

Not only can you support an artist you like or brag about your purchase, but you can also make money from it. NFTs can work like any other speculative asset you buy, and you hope that their value will increase one day so that you can sell it at a profit. Some people believe that NFT is the future of art collecting.

What are some of the issues with NFTs?

The structure of the NFT market is seen by some people as a pyramid-like or Ponzi-like scheme – early consumers profit at the expense of those who buy later. While NFTs have had a positive impact on many artists, there isn’t enough data available yet to see if NFTs are benefiting the many or just a select few. The only comprehensive NFT study published so far collects prices from 2017 to April 2021 and reports that $ 15 is the average selling price of 75% of NFT, with only 1% of NFTs reaching prices higher than $ 1,500. However, because it does not include the present scale of NFT in the study, you should interpret these results with caution.

Preventing theft is a constant challenge: artists who did not create NFT often saw their work sold by others, and only a few NFT markets checked the creator of the work before allowing him to sell. Artists who have complained about this issue online are usually advised to make NFT of their work before anybody else. Artists are feeling forced to produce NFT to stop the stealing. According to all of them, this is not a good decision. In addition, many artists have refused to create NFT for moral reasons. 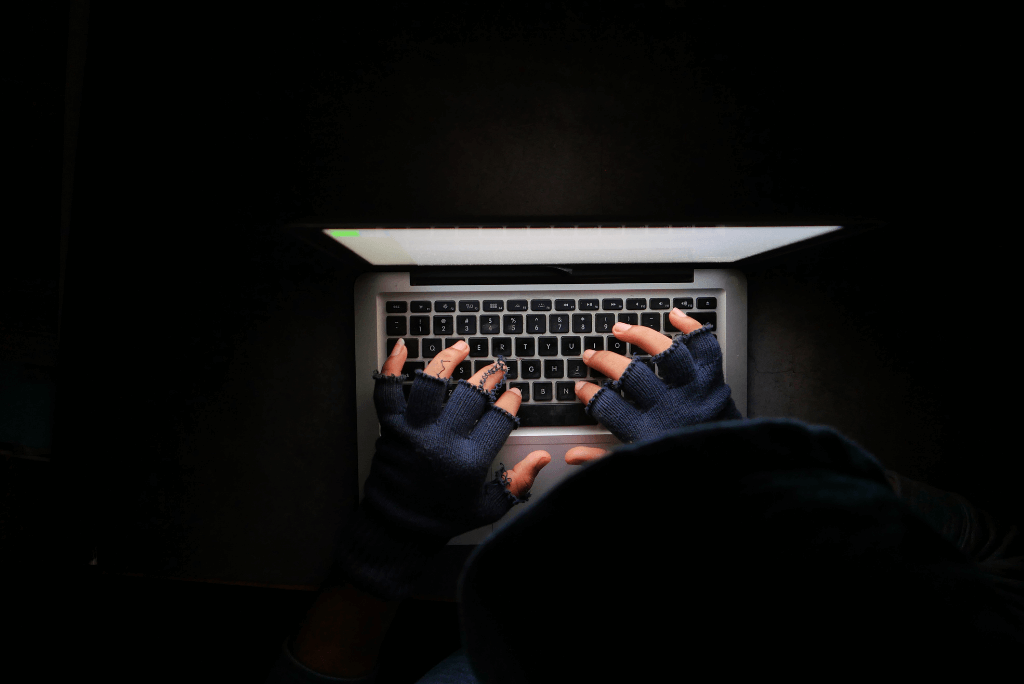 One of the reasons some artists refuse to create NFT is because they don’t want to profit from Ethereum’s polluting infrastructure. In general, cryptocurrencies like Ethereum consume huge amounts of energy to work. Currently, a transaction in Ethereum consumes as much electricity as a house in one working week, according to Forbes. Although alternative cryptocurrencies with a much lower environmental footprint exist, they are not yet widespread. Some NFT platforms buy carbon offsets to mitigate their impact, but the actual effectiveness of carbon offsets is questionable. The majority of the NFT community has looked beyond the impact on the environment because Ethereum 2.0 is coming, which will use significantly less polluting infrastructure. It is expected to begin operating in early 2022.

NFTs involving digital art generally do not store the associated artwork file on the blockchain due to its size. The token functions more similar to a certificate of ownership, with a web address pointing to the piece of art in question, making the art still subject to link rot. Because NFTs are functionally separate from the works of art, anyone can easily keep a copy of the NFT image. It can be done by right-clicking or taking a screenshot. Proponents of NFT downplay this duplication of NFT artwork as a “right-click mentality.” 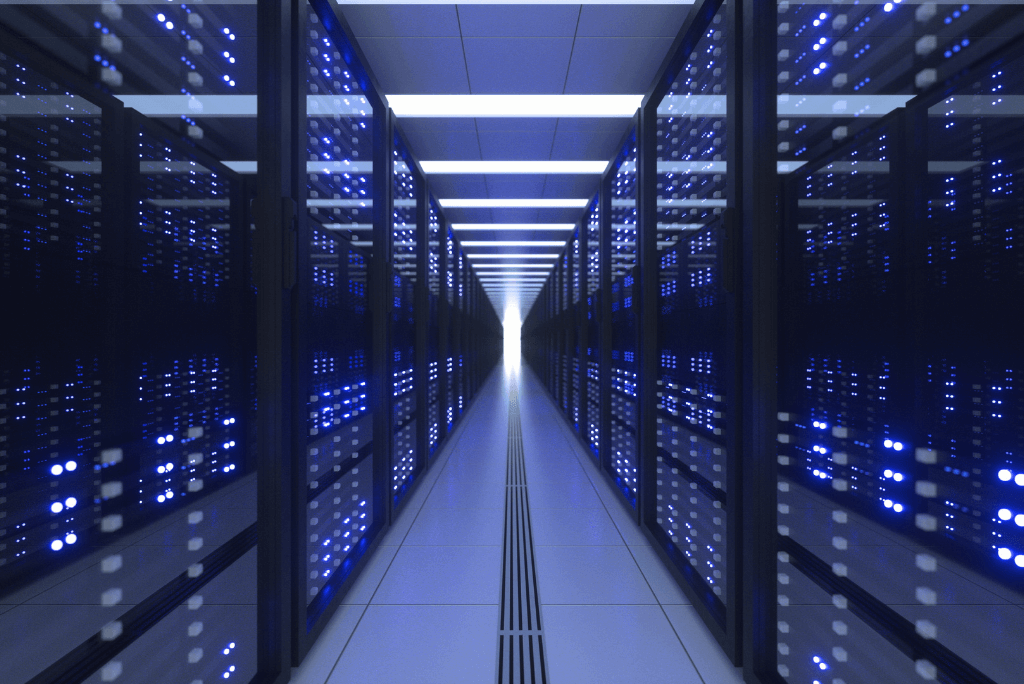 How and where to buy NFT

Essentially any digital image can be purchased as NFT. But there are a few things to keep in mind when shopping, especially if you are a beginner. You will need to decide from which market to buy, what type of digital wallet you need to store, and what cryptocurrency you will need to complete the sale.

Some of the most common NFT markets include OpenSea, Mintable, Nifty Gateway, and rarllbie. There are also niche markets for more specific types of NFT, such as the NBA Top Shot for basketball videos or the Valuables where you can buy and sell tweets.

But you have to be careful with fees. Some markets charge a “gas” fee, which is the energy needed to complete a blockchain transaction. Other fees may include the cost of converting dollars to ethereum. 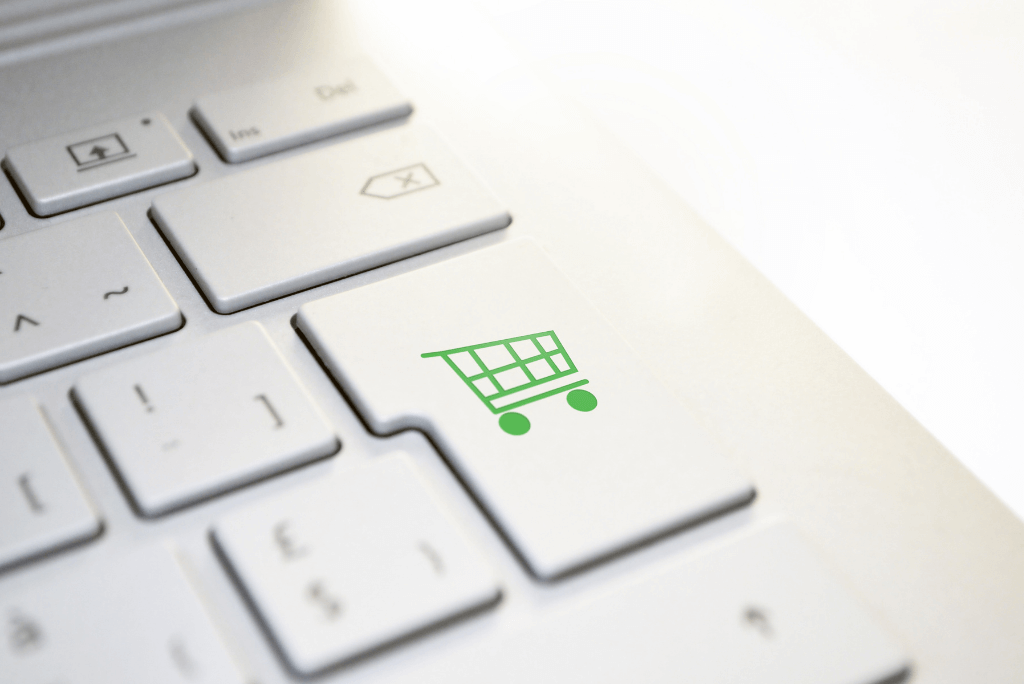 How to sell NFT

You can sell them in the same markets where you can buy one. The sales process may be different depending on the platform you are using. Every website has various instructions, rules, and so on. You will upload your content to a market of your choice, then follow the instructions to convert it to NFT. You will be able to include details such as description and suggested price. The majority of NFTs are bought with ethereum, although other ERC-20 tokens, such as WAX and Flow, can also be used. 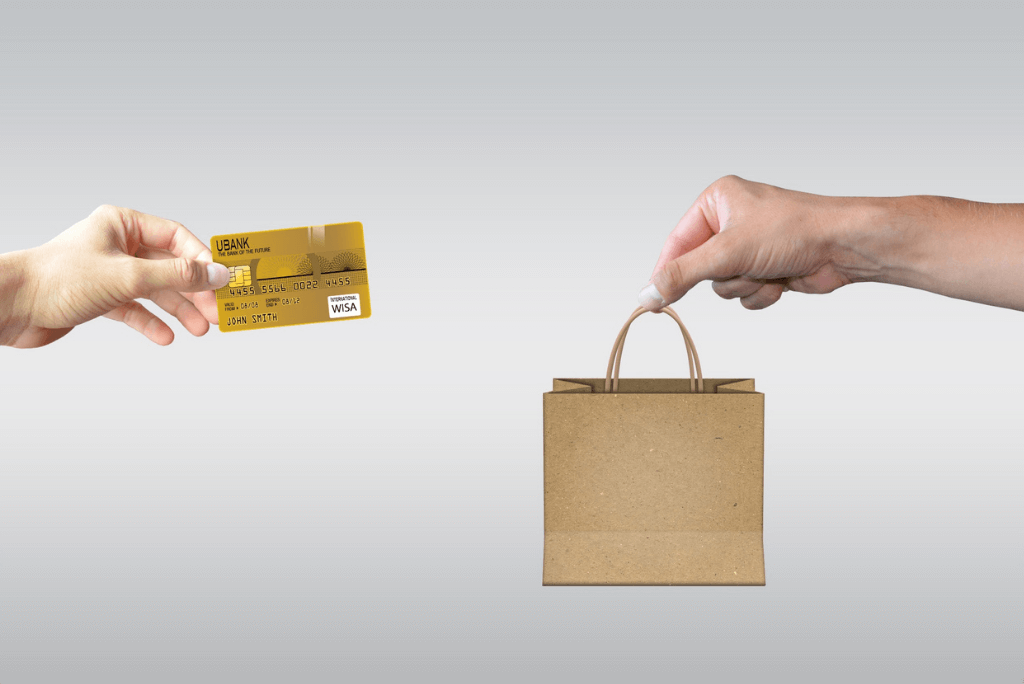 Digital art is a common type of NFT. One of the most expensive NFTs is digital paintings. Digital art auctions are receiving significant public attention. Examples include PAK’s Merge, the most expensive $ 91.8 million NFT, and Everydays: the First 5000 Days by Mike Winkelmann (known as Beeple), the second most valuable auction. for $ 69.3 million in 2021.

NFTs can be used to represent in-game assets, such as digital plots of land, which some commentators describe as controlled by the user rather than the game developer, allowing assets to be traded in third-party markets without permission from the game developer.

CryptoKitties was an early successful blockchain online game where players adopt and trade virtual cats. The monetization of NFTs within the game raised a $12.5 million investment, with some kitties selling for over $100,000 each. 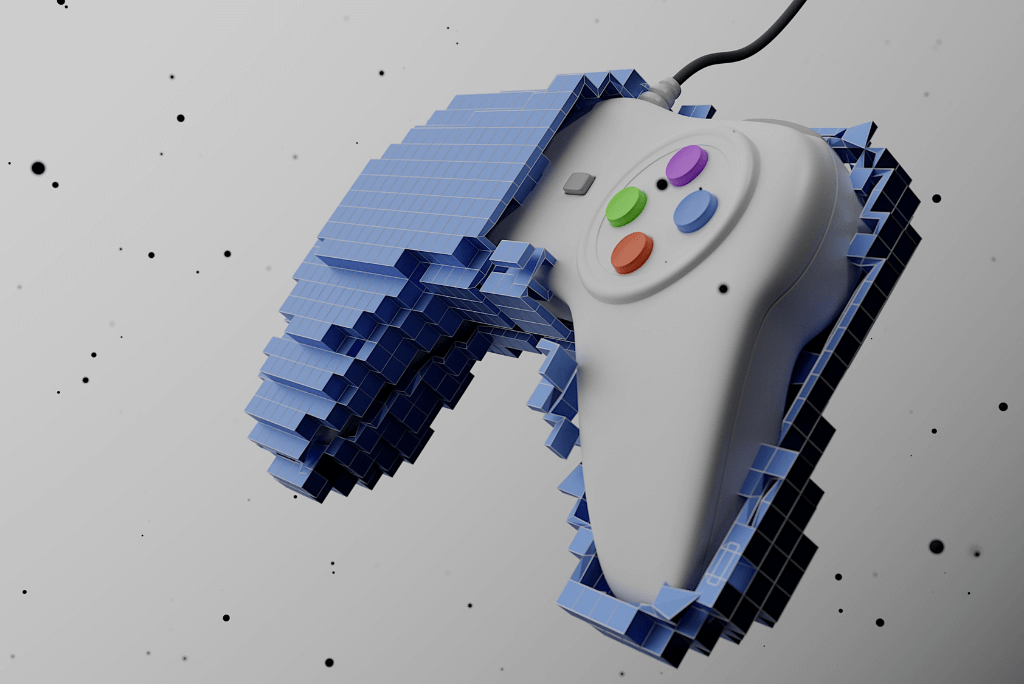 In February 2021, NFT reportedly generated about $ 25 million in the music industry, with artists selling works of art and music such as NFT tokens.

Linkin Park co-founder Mike Shinoda became the first major-label artist to launch a single — “Happy Endings,” featuring Iann Dior and UPSAHL — via NFT auction. A 75-second clip of the song, accompanied by Shinoda’s animation of artwork by contemporary artist Cain Caser and the musician himself, was sold in an edition of 10 on the online marketplace Zora.

In May 2018, 20th Century Fox partnered with Atom Tickets and released digital posters on Deadpool 2 with a limited edition to promote the film.

In March 2021, Adam Benzine’s 2015 documentary Claude Lanzmann: Spectres of the Shoah became the first motion picture and documentary film to be auctioned as an NFT. 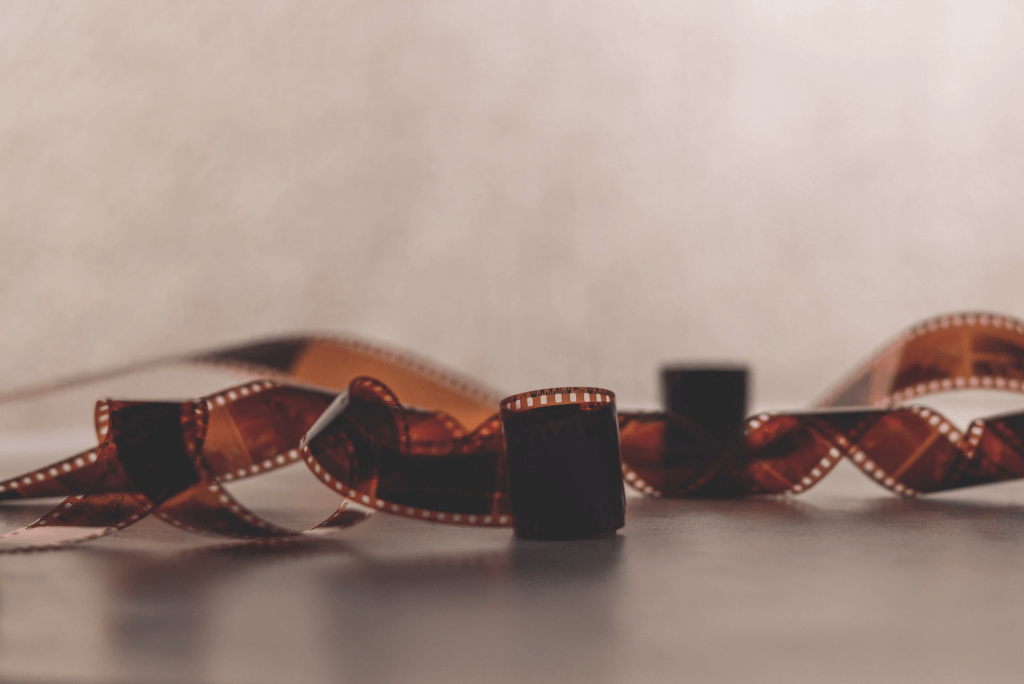 Many people say that NFT is the future, while others believe it will disappear in time. No one is sure exactly how much they will develop. NFT can be absolutely anything – paintings, music, videos, famous memes, movies. It makes them so different from traditional art or cryptocurrencies. People like them because they are different and everyone can find something to their liking. And although everyone can see the NFT you bought, you are the only owner.
If you have questions that we have not answered, you can contact us or make an appointment for your free consultation. We at Dreamtech are always ready to help you. 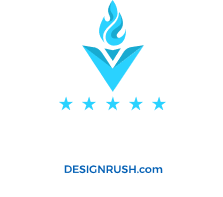